Be the change you want to see in the world.

Most people don’t innately know their purpose; or at least they don’t think they do. I believe though that there are things that nag at us, which, given the proper energy would serve great purpose. Lately, I have run into several examples of people avoiding the very thing they should be leaning into for fear that they will not be taken seriously. Feeling as though someone else will come along with a better platform or more credibility. The thing is, the main reason they felt they weren’t the right person to lead the charge, is EXACT the thing that makes them the exact right person to do it.

Our feelings, passions, and experiences are uniquely ours. We earned those experiences and as a result, our feelings and passion. Yes, I said earned. Some experiences are hard and uncomfortable to endure. Those are the ones that create a passionate response for change. When we lean into those feelings, our message comes from a place of authenticity that people crave.

Wishing others would care or take on your issue only creates frustration for you. Only you can care as much about your thing as you do. No one experiences the same situation in the same way. Your perspective has great value. You would be surprised at how much people will support your ideas. Sometimes, they just need something to stand behind.

Maybe your issue is a public one that people should know about but it doesn’t seem to be getting enough attention. Many people shy away from social issues because they don’t want to say the wrong thing. Right, wrong or indifferent, this is a major barrier to entry. But if you are on the inside of the issue, you can give them the right words. You can give them the something to support by showing them a perspective they haven’t seen.

Recently, my best friend shared with me some appalling experiences that she and her husband have experienced as an interracial couple and some of her fears as a mother to their beautiful new mixed baby. I have never been around them during any of these awful experiences and although I have been in an interracial relationship with a Mexican man myself for 20 years, I have never experienced anything on the level of what they have. It’s not that I thought these things didn’t happen, it’s just that I didn’t know they happened to them. I am not sure how we have never talked about this before. I felt like such a fake… how could my best friend be feeling like this and I didn’t have any clue! Being a new mom is hard enough but layer this on and it’s almost overwhelming. I haven’t been able to stop thinking about this since. Knowing this made me care about this issue more. It wasn’t that I didn’t care before, but understanding how these injustices impact them made it real to me. Thinking about what it will be like for this precious little baby if things don’t change raised the stakes to an intolerable level.

When I asked this friend why she hadn’t taken a more active stance on the issue, she stated that she thought that because she was married to a black man that people would brush off her experience because “she’s married to a black guy, of course she would say that”. What the hell!?! They are both incredibly well educated, well spoken and intentional with their words and the issues they stand behind. They always research the whole story and debate it. They work on the views they develop for everything they take a stance on. The truth is no one would ever assume that either of them were just spouting off about anything.

I don’t know what shaded her view of this perspective but I would like pull it back and let some light in. She thought a white woman married to a white man would have a better platform to take this on. Whoa! No way will that couple have the credibility to be that voice for those who need it. Nor would those affected feel represented fully. How could they? This couple, no matter how adamant they are about the issues, they will always be just exposing other’s experiences. They can’t feel the way my friend and her husband do. Social change in this arena requires an emotional response that only someone living in the injustice can invoke.

Being a white woman married to a black man is what she felt made it hard for her to take lead but it is precisely what makes her the exact right person to take this issue on. Straddling the line between two incredibly different worlds, she has experienced both sides of this first hand and has a perspective that none of the friends that she wants to stand in solidarity with her will have until she shares it. She has the unique ability to tailor her message to each side. She is the perfect advocate. I pray daily that she sees this and takes her stage.

Take a look at what you are avoiding and flip it around. What qualifies you for this rather than what disqualifies. Find a trusted friend and ask them their perspective. While it is true that other people can be mean and unsupportive when they are uncomfortable, I find that the people close to us, who really care, often see you with less flaws than we see ourselves and sometimes have a whole different story playing out. That juxtaposition may be exactly what you need to propel yourself to take action.

Please share this article and give your thoughts. I know it’s a hot topic so please… let’s keep the conversation going.

This site uses Akismet to reduce spam. Learn how your comment data is processed. 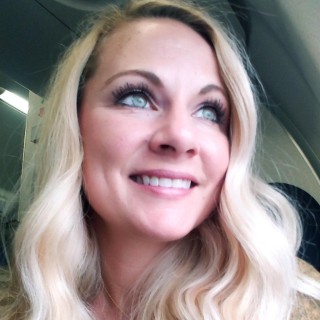